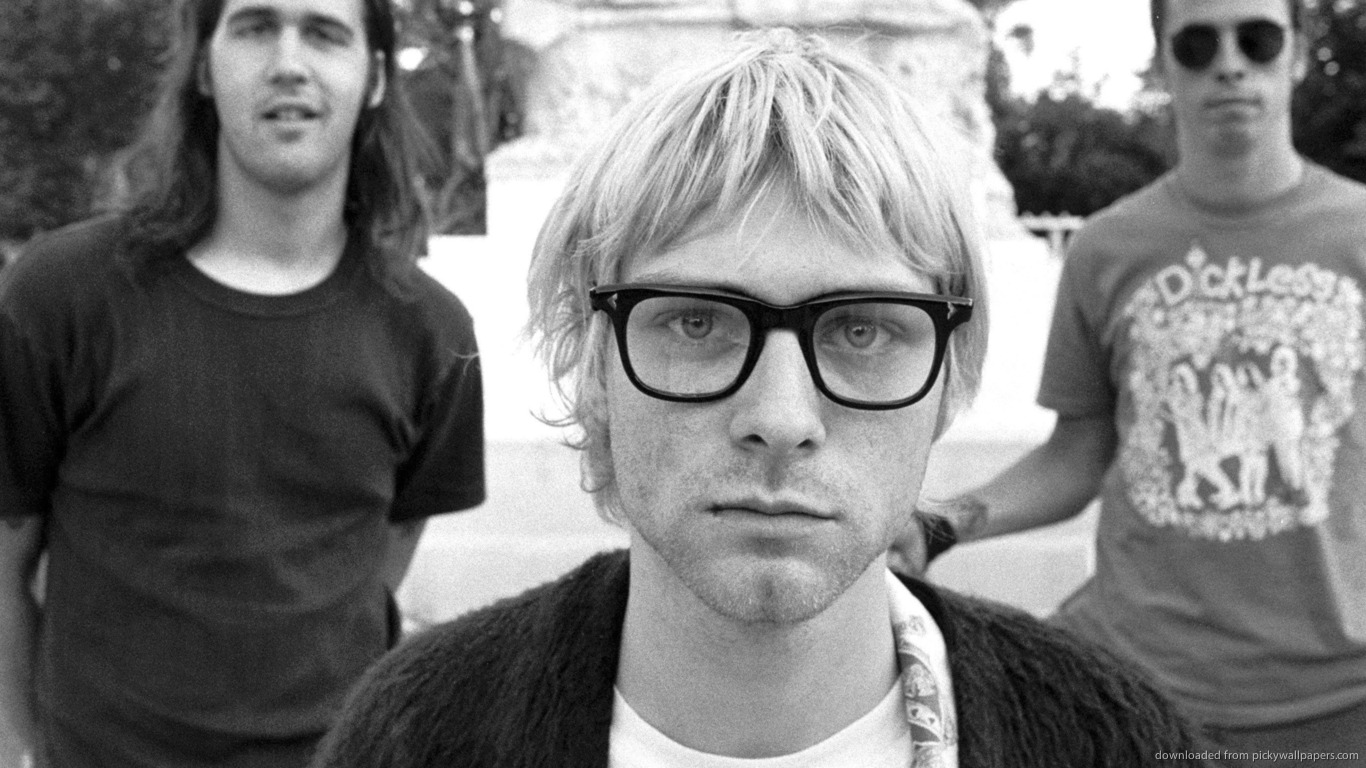 On the day that marks the 23rd anniversary of his passing – the year that he would turn 50 years of age - we pay tribute to one of the most fearless musicians of his time, Mr Kurt Cobain.

Whilst public opinion of Nirvana’s front-man still polarises from music demi-god through to a complex & troubled young man, there is no denying that Kurt with his signature guitar riffs and poetic lyrics, has left a lasting legacy on generations of musicians that followed.

After all, on the Billboard 200 albums chart dated January 11, 1992, a symbolic changing of the guard took place within the pop world, as Michael Jackson - arguably the most iconic artist of the '80s - was knocked off the top spot by Nirvana. And Nirvana would be then become the band that would go on to define so much about the '90s.

So, in celebration of his life and musical accomplishments, we’ve listed here our 'Top 10 Most Fearless’ Nirvana songs of all time. At Carzoos we say hat’s off to you Kurt … and thank you for the musical gifts you left behind.

Whilst full understanding of what this song is really about remains clouded, there is no denying it, this is one of Nirvana's most successful songs.

Released as the first single from the group's third and final studio album, In Utero, in 1993, the music video alone stole the limelight. In November 1993, it was the number one most played music video on MTV in the US as recorded by Billboard magazine. The video also went on to win two MTV Video Music Awards in 1994, for Best Alternative Video and for Best Art Direction.

“Heart-Shaped Box” - Kicks off our list at spot ten

#9. Where Did You Sleep Last Night?

Also known as “In The Pines” and "Black Girl", "Where Did You Sleep Last Night?" is a traditional American folk song which dates back to at least the 1870s, and is believed to be Southern Appalachian in origin.

Whilst the identity of the song's author is unknown, it has been recorded by many artists in numerous genres. Nirvana’s live rendering of the song on MTV Unplugged in 1993, helped introduce the song to a new generation.

So, whilst not written by Cobain or Nirvana, the courage and conviction displayed in Kurt’s performance below is enough to make our list.

“Where Did You Sleep Last Night?” - A cover, but still deserving

"All Apologies" was the band's third number one Modern Rock hit and reached number 32 on the UK Singles Chart. The Song was nominated for two Grammy Awards in 1995, and has since been included on the Rock and Roll Hall of Fame's list of "The Songs That Shaped Rock and Roll".

Cobain dedicated "All Apologies" to his wife Courtney Love and their daughter, Frances Bean Cobain. The songwriter told biographer Michael Azerrad that while the lyrics had nothing to do with his family, the song's mood, which Cobain summarised in the words "Peaceful, happy, comfort," was intended for them.

“All Apologies” - And our apologies if you wanted this higher

Cobain said "it was the most ridiculous pop song that I had ever written... I wanted to write more songs like that." (He also noted that he'd titled it "Sliver" just because he knew people would misspell it as "Silver.").

The video starts with Kurt Cobain's daughter Frances Bean Cobain (who was an infant at the time) dancing to the opening bassline and the band in a small, cramped, junk room playing their instruments. Kurt sings to the camera and his movements change with the music, with Krist Novoselic and Dave Grohl in the background of the room.

The unexpected success of the album's lead single, "Smells Like Teen Spirit" drew Nirvana to mainstream success, with Nevermind being released two weeks after the single's release. Following the album's release, the band and its management company debated whether to release "Come as You Are" or "In Bloom" as the next single from the album. After some persuasion by the management company, Cobain agreed to release "Come as You Are" as the second single because of its commercial potential.

Rolling Stone ranked "Come as You Are" 445th on its list of "The 500 Greatest Songs of All Time".

“Come As You Are” - A classic yes, but takes out sixth spot on our list.

"Lithium" was released as the third single from Nevermind on July 13, 1992. Featuring a cover photo by Cobain, the single contained a sonogram of the musician's then-unborn child Frances Bean Cobain, as well as full lyrics for all the songs on Nevermind.

Cobain said the song is about a man who, after the death of his girlfriend, turns to religion "as a last resort to keep himself alive. I've always felt that some people should have religion in their lives … That's fine. If it's going to save someone, it's okay. And the person in 'Lithium' needed it."

“Lithium” - Only a mere 114 million YouTube views for this one.

According to World News, Kurt Cobain wrote this when he was first starting to more deeply explore his songwriting talent, and he had begun to write about the people around him. Kurt instead used the title to suggest the running-on of the mouth. It was much more complex than much of Nirvana's early material, each chorus beginning and ending with the line "she said," implying that the song was meant to capture spoken dialogue, which is often overlooked today.

According to Fandom, Cobain once described the genesis behind “In Bloom” as an address to people outside of the underground music community who did not understand the band's message. So much so that the music clip is a deliberate parody of musical performances by bands on early 1960s variety shows, such as The Ed Sullivan Show. The humorous tone of the video was a result of Cobain being "so tired for the last year of people taking us so seriously . . . I wanted to show them that we have a humorous side to us". The music video for "In Bloom" won Best Alternative Video at the MTV Video Music Awards in 1993.

“In Bloom” - At number three, this is one for the purists.

Takes the top spot in almost every other Nirvana list; but this is their Most Fearless Songs remember. Nonetheless, what an amazing track and it would be an injustice to place it any lower than second spot.

According to Rolling Stone Magazine; almost immediately, "Smells Like Teen Spirit" changed the firmament of American culture like no song since Dylan's "Like a Rolling Stone." The song was dubbed an "anthem for apathetic kids" of Generation X, but the band grew uncomfortable with the success and attention it received as a result.

In the years since Cobain's death, listeners and critics have continued to praise "Smells Like Teen Spirit" as one of the greatest songs of all time. Here at Carzoos, we don't disagree.

“Smells Like Teen Spirit” - Is there anything else to be said?

The very context of Cobain's age and the music scene at the time is what puts this killer track at the top of our list.

According to Cobain, "Even to put 'About a Girl' on Bleach was a risk." Kurt told Rolling Stone in 1994. "I was heavily into pop, I really liked R.E.M., and I was into all kinds of old Sixties stuff. But there was a lot of pressure within that social scene, the underground – like the kind of thing you get in high school. And to put a jangly R.E.M. type of pop song on a grunge record, in that scene, was risky."

Cobain's legend status makes it easy to forget how young the man taking these risks was – just 21 during the recording of “About a Girl”, and the album Bleach.

Sit back and enjoy!

“About A Girl” - Our most fearless track. 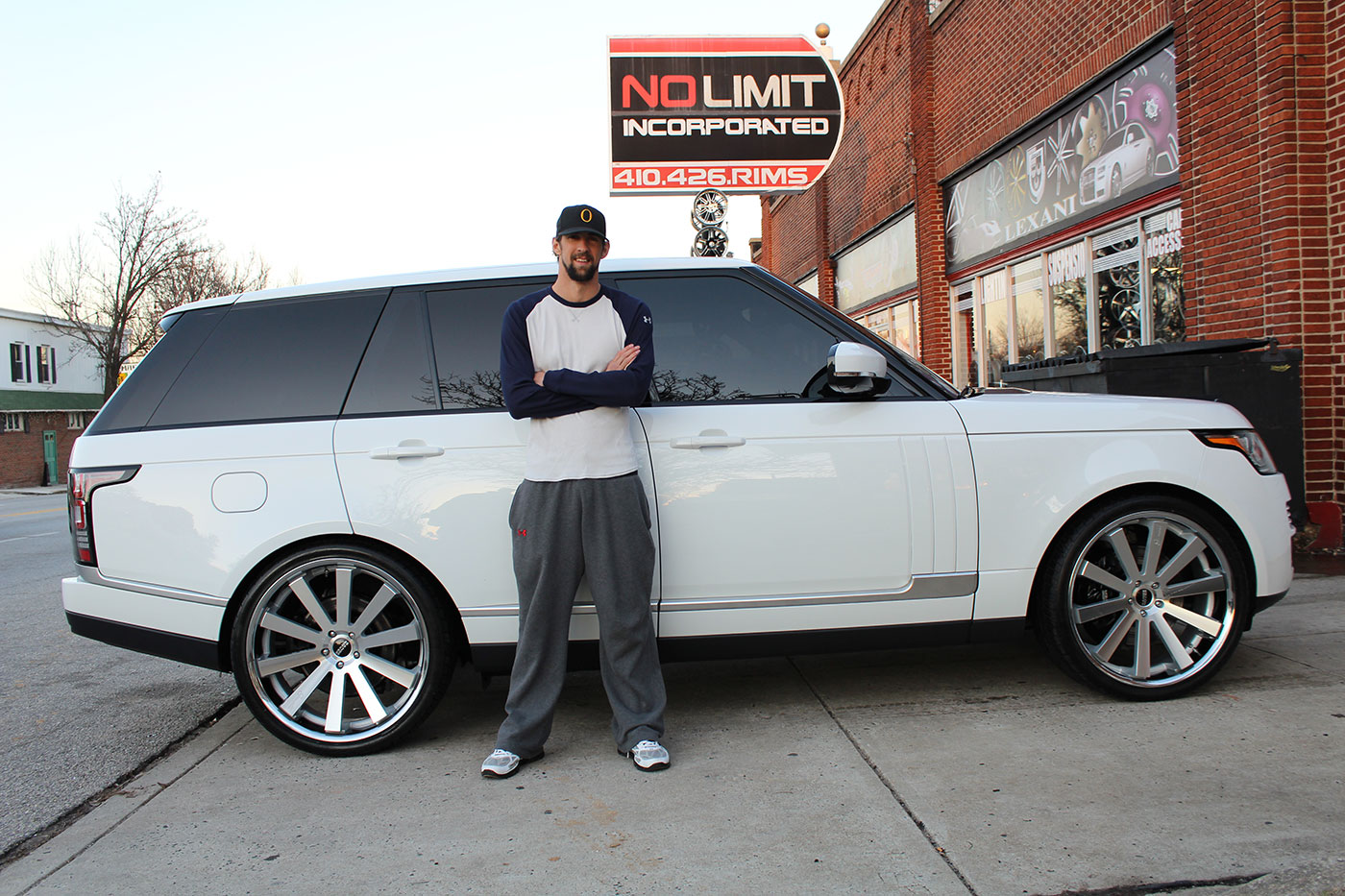 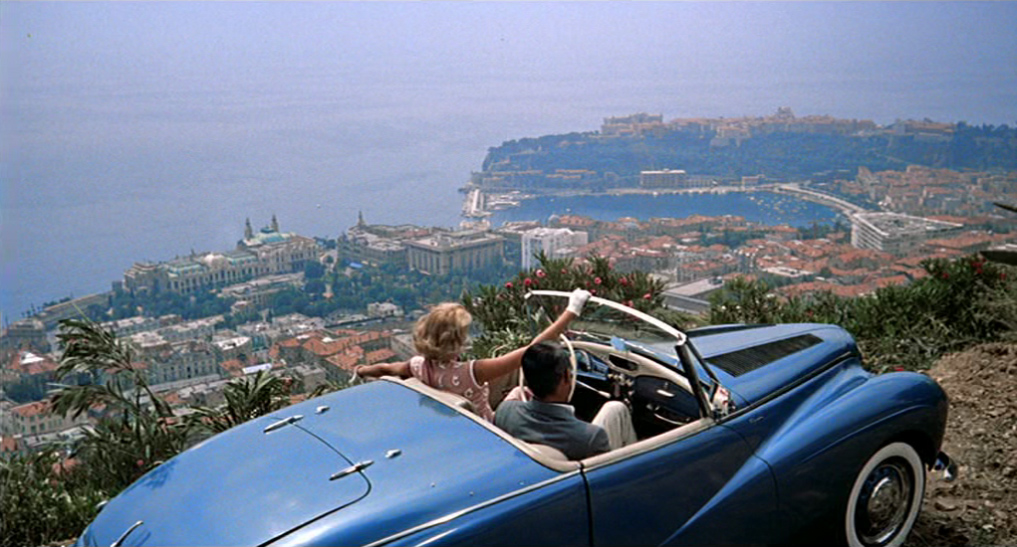 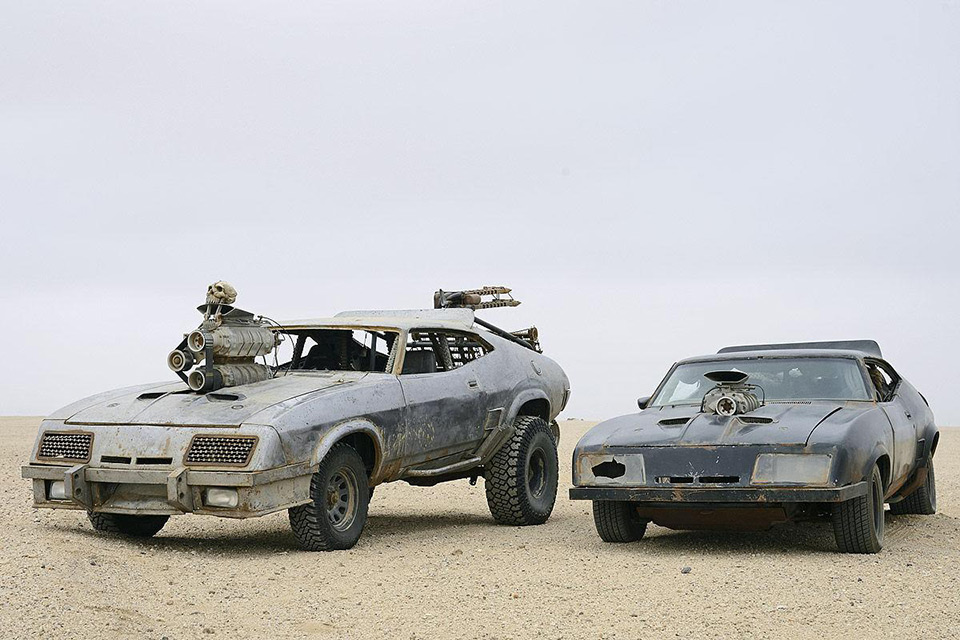 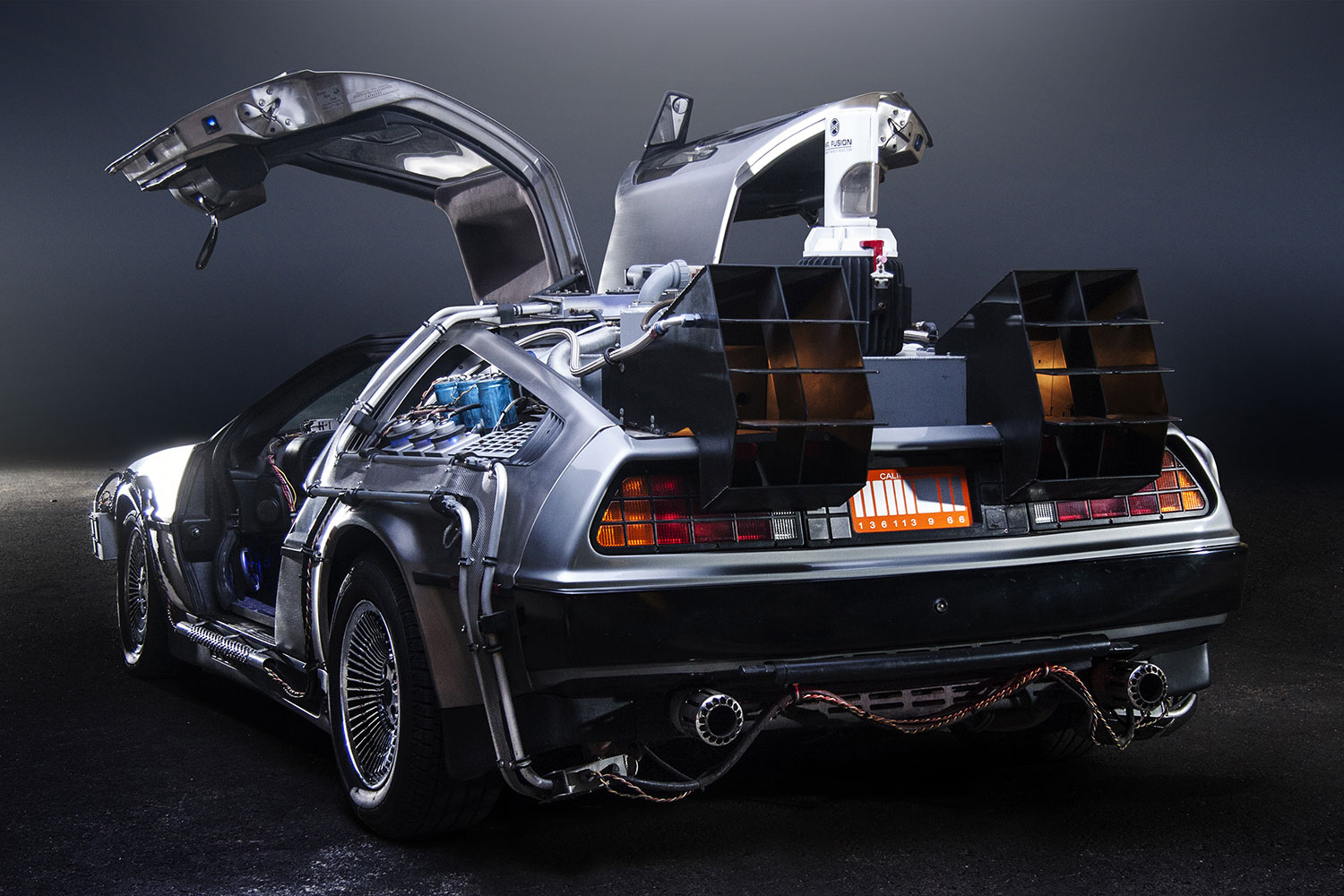